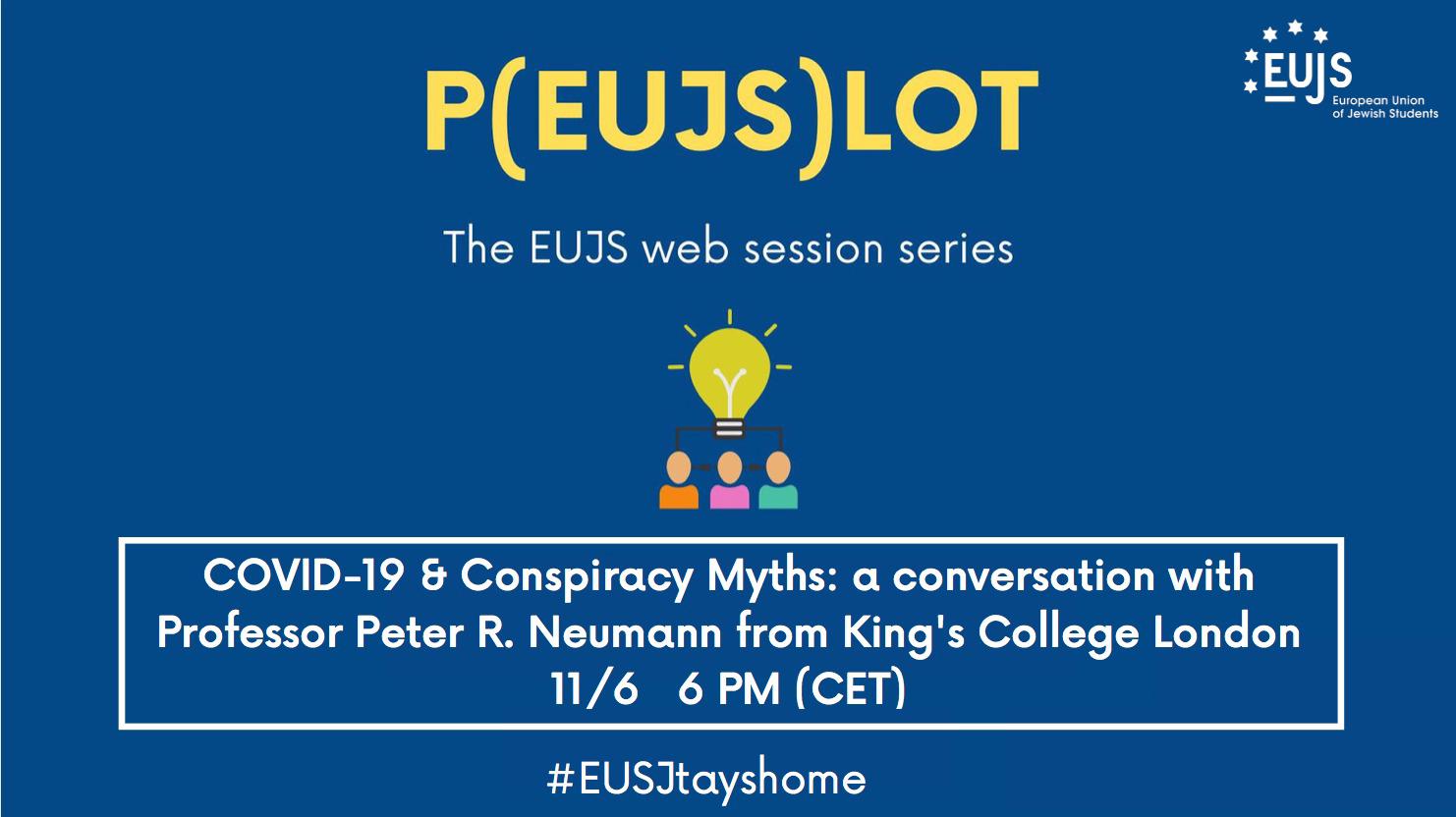 Throughout this pandemic, it has not only been corona virus which has been spreading, but also antisemitic conspiracy myths. Across the globe, conspiracy myths are experiencing a spike in popularity, creating a world filled with feelings of fear and helplessness. Right-wing extremist groups are especially trying to use this increasing fear to their advantage.

What is it, that steers a strengthened credibility for conspiracy myths and how can we work against it? This will be our topic of conversation between EUJS Vice-President Ruben Gerczikow and Professor Peter R. Neumann.

Peter R. Neumann is a professor for security studies at the Kings College London. He is the founding director of the world-wide known International Centre for the Study of Radicalisation (ICSR), also at the KCL. In 2017, Prof. Neumann served as the special envoy for the fight against radicalisation by the Organisation for Security and Co-operation (OSCE). Since then, he has been advising the North Rhine-Westphalia government under Armin Laschet on questions regarding Security and fighting terrorism.