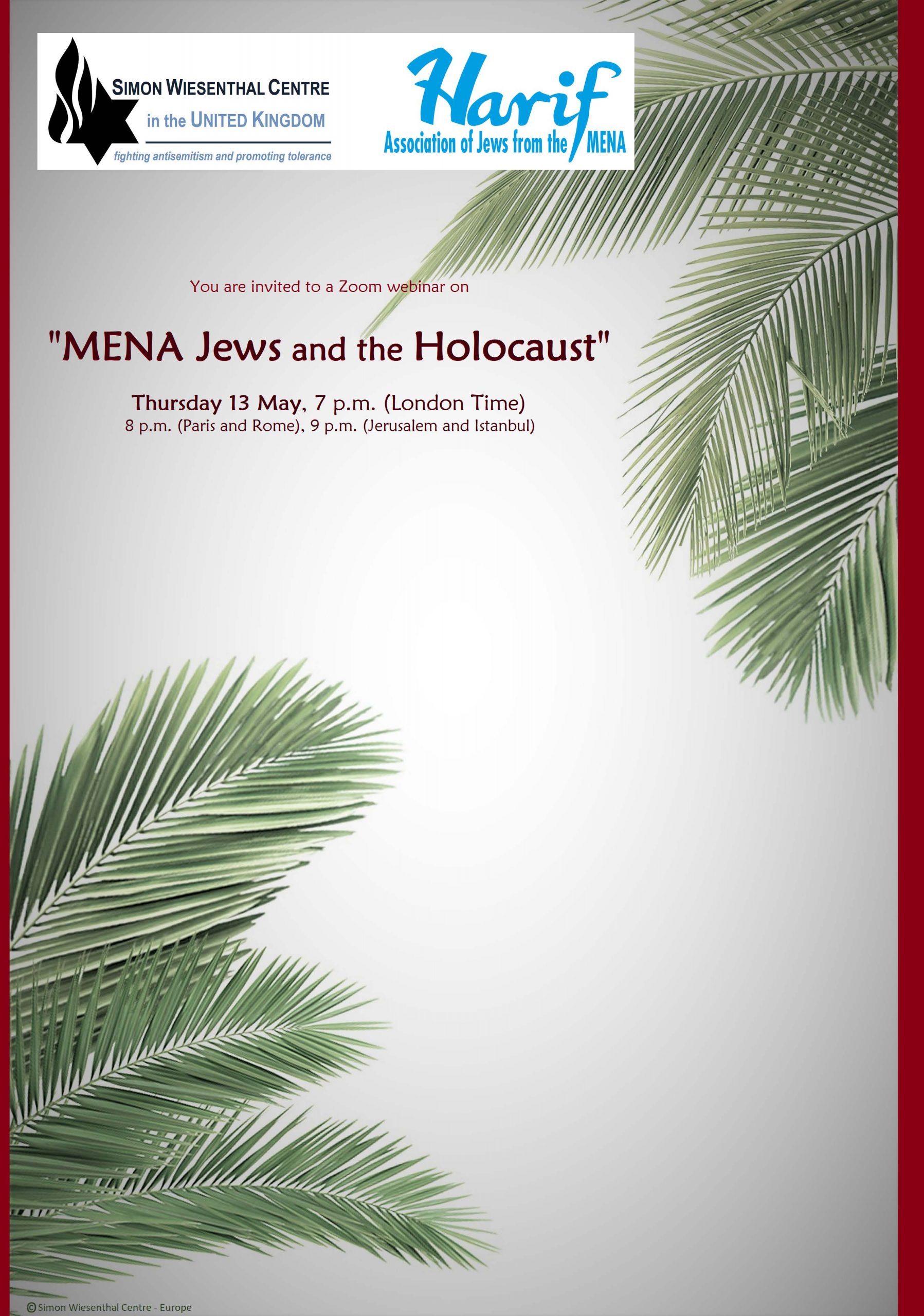 Invitation to Zoom on "MENA Jews and the Holocaust"

The 13th of May is the anniversary of the 1943 surrender of Axis forces in North Africa. Had Rommel won the Desert campaign, the millenial Jewish communities of the Middle East and North Africa (MENA) – including the British Mandate Yishuv – would have been exterminated by the Nazis and local civil societies would have been torn apart by a racist ideology of hate and violence.
The Webinar – co-organized by the Simon Wiesenthal Centre in the UK and Harif – will focus on the diverse histories of Jewish communities during World War Two and in the immediate aftermath of the war, from Morocco to Egypt, From Iran to the Levant and from Libya to Turkey.
The Zoom link to the meeting will be sent to those who register at the following e-mail address: csweurope@gmail.com